When I got my first ‘adult’ job, I was working in an estate agency on Albert Street in East Melbourne, opposite the Fitzroy Gardens. I loved being able to wander through the conservatory on my occasional lunch breaks, and the view of the city as I walked by St Patrick’s Cathedral and past Orica House made my heart sing with pride at our compact, beauteous town.

Orica House on Albert Street – Melbourne’s oldest and original 1950’s petrol blue glass skyscraper – was always a building of nostalgia and fascination for me. Its modest (by today’s standards) 18 stories allows it to remain in conversation with Spring Street, Parliament and the Treasury Gardens – the most ‘Melbourne’ part of the city by my reckoning. I am so proud to say that I have returned to Albert Street some 15 years later, and Ruby Assembly is now housed at wonderful Orica House.

I’ve been sharing some Instagram stories highlighting the plush surrounds of our new digs – to be frank, we’re happy as pigs in mud up on the 18th floor at Hub Parliament, with its various working zones, stellar views, treats a-plenty, meditation rooms, media rooms, sparkling bathrooms, sleek kitchens and everything that opens and shuts. I’m sitting on a Jardan sofa overlooking the sun setting across the town I love, with an Earl Grey tea in hand (delivered by our dedicated office barista, Hayden), and I feel very proud of what I have achieved as a business owner for me and my team. This is the height of business digs luxury, and something I’ve definitely earned. While surveying my town and my business from these lofty heights (literally), I thought it would be useful to share with you the various places Ruby Assembly has called home over the past decade-plus. While Instagram would have us believe that everyone is supping on Earl Grey on Jardan sofas, the reality is that having the resources to set your biz and team up in such surroundings doesn’t happen overnight. Each stage and iteration of the business has had its own delights and challenges, and every place Ruby Assembly has called home was important and a great fit at the time. So … here’s the Ruby Assembly HQ evolution. From kitchen table to the top of Orica House. 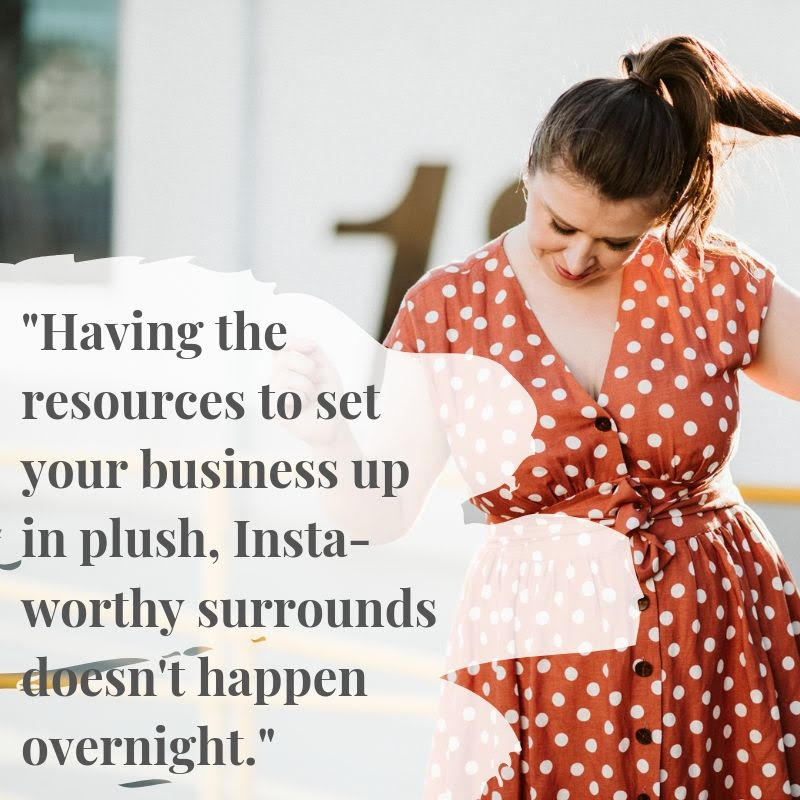 When I first began Ruby Assembly, there was no budget for business premises. Most sole traders begin to experiment with their offering by working from home, reducing outgoings to the bare minimum while furiously working to grow their client list. At this stage in my business journey, I had no inclination to be anything but a sole trader who worked from home and occasionally met clients at coffee shops. This to me sounded like the ultimate in freedom. And it was – but freedom with drawbacks. I was lucky enough to have a study to work from – but working from home relentlessly can prove isolating. I never had too many problems with dividing work-space from living-space, but I know this is a challenge for many people in start up. I worked mostly from home and cafes for around three years, with contractors sending in work remotely (when I began to grow my business with additional support).

Another profoundly romantic piece of important Melbourne architecture, The Nicholas Building is the edifice of Swanston Street. To its south, you survey Flinders Street Station and The Shrine. To the East, St Paul’s tannin-colored stones, and looking due north, towards Melbourne University. I had a seat just one day a week in a small corner studio, and it was my first taste of Ruby Assembly having a business space. Oh, I was thrilled – from the art deco elevators replete with permanent elevator operator to the boutiques on the ground floor and Harry Potter-esque tenants (jewellers, designers … who knew what lay behind each polished, creaky oak door?) – it was a wonderful time and a real exploration of the city. Apart from growing Ruby Assembly, I delighted in morning coffees at Journal, the buzz of the students in the city, and the crepes from a charming hole-in-the-wall venue on Degraves Street. Oh, and walking by Majorca House’s yellow sign as dusk fell on the laneways. Le sigh. I worked occasionally from The Nicholas Building for around a year or so.

By the time I came to ‘The ManRoom’ on Burnley Street in Richmond, I was regularly engaging interns and contractors. I needed a space that was affordable, and that could accommodate the variety of different additional resources I was using in my business. This came in the form of a spot on a giant wooden work desk in a deco ex-Kodak factory, that also housed a lighting business and several other designers and creatives. It was inexpensive, flexible, freezing, fun, full of ants and a wonderful place to experiment with different ways of growing my practice. I made fast friends in this space, and we were left mostly to our own devices – which led to big laughter, lunchtime group-led workout classes, and Disney musical singalongs. It was loose. I did a huge amount of growing and development of my business in this venue – which was a bit of a schlep to get to, but made up for travel in character and flexibility. I was in this space for around three years. It felt like the end of an era when our cohort of coworkers parted ways. 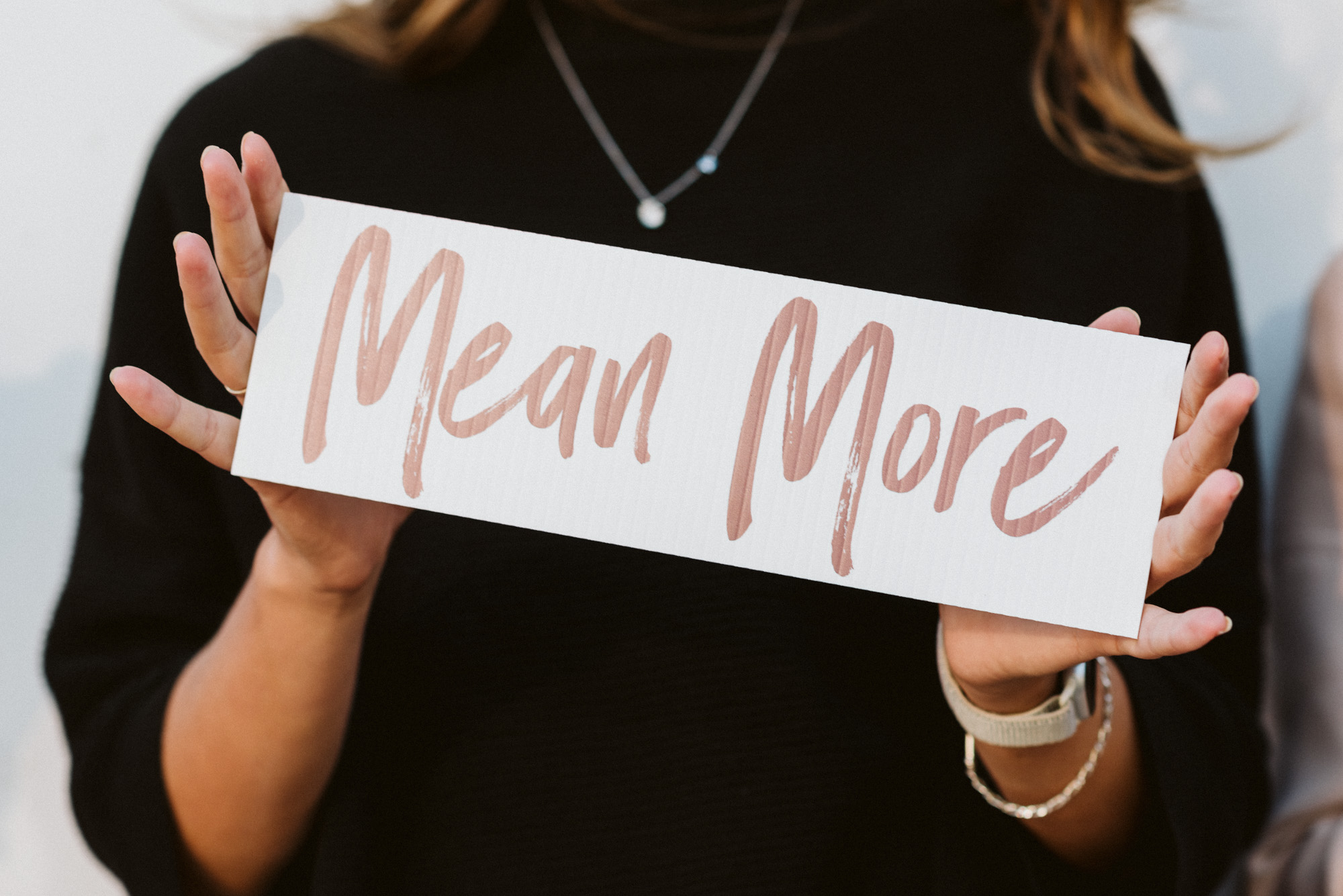 The place Ruby Assembly did our biggest growing of all, and where we had our longest tenure of nearly 5 years. Packed with design fun and offering the flexibility I needed as I became an employer, PathHunting was an absolute joy. It sang with the values and quirk of Ruby Assembly, and our clients were clearly chuffed to visit such a creative and playful venue so different from the corporate spaces they inhabited. PathHunting saw Ruby Assembly flourish from a two-person plus contractor business to a regular team of six. I grew many very important friendships with coworkers in this space, celebrated huge wins, scary losses, went on strategy weekends away, ordered muchos Deliveroo from Barkly Square Roll’d and began running workshops successfully. PathHunting was a special period in my business development (and human development!).

As Ruby Assembly has established its leadership position in the social media strategy and consulting space, we began to feel a need for a working environment that was a little more CBD central (where most of our clients are located), that was more convenient for our team to travel to on a daily basis, and that reflected our success. We wanted all the mod cons, and by golly, we got ’em! After only a week in the new space, I can confirm that the additional investment in resources for a plush and very special working environment is absolutely worth it. Is it a privilege? Yes. Have we earned it? Yes. Did any of this sitting-on-a-Jardan-couch overlooking the city from my workplace happen overnight?

Certainly not. And it’s none the less sweet for taking its time to grow, just like my business and I.