There are many expressions of freedom for a woman.

To make decisions freely, what a woman requires most of all is financial independence. And I don’t mean gifted financial independence or inheritance that could be taken away by an updated will or a bad divorce; I’m talking about financial independence achieved through the vehicle of self-employment. Something you’ve built with your own two hands that supports you, that you’re proud of. I consider women building their own businesses and securing their own resources the ultimate feminist act of self-determination, as running a good business not only allows us to live life on our own terms – it offers us the opportunity to shape the world as we would like it to be. 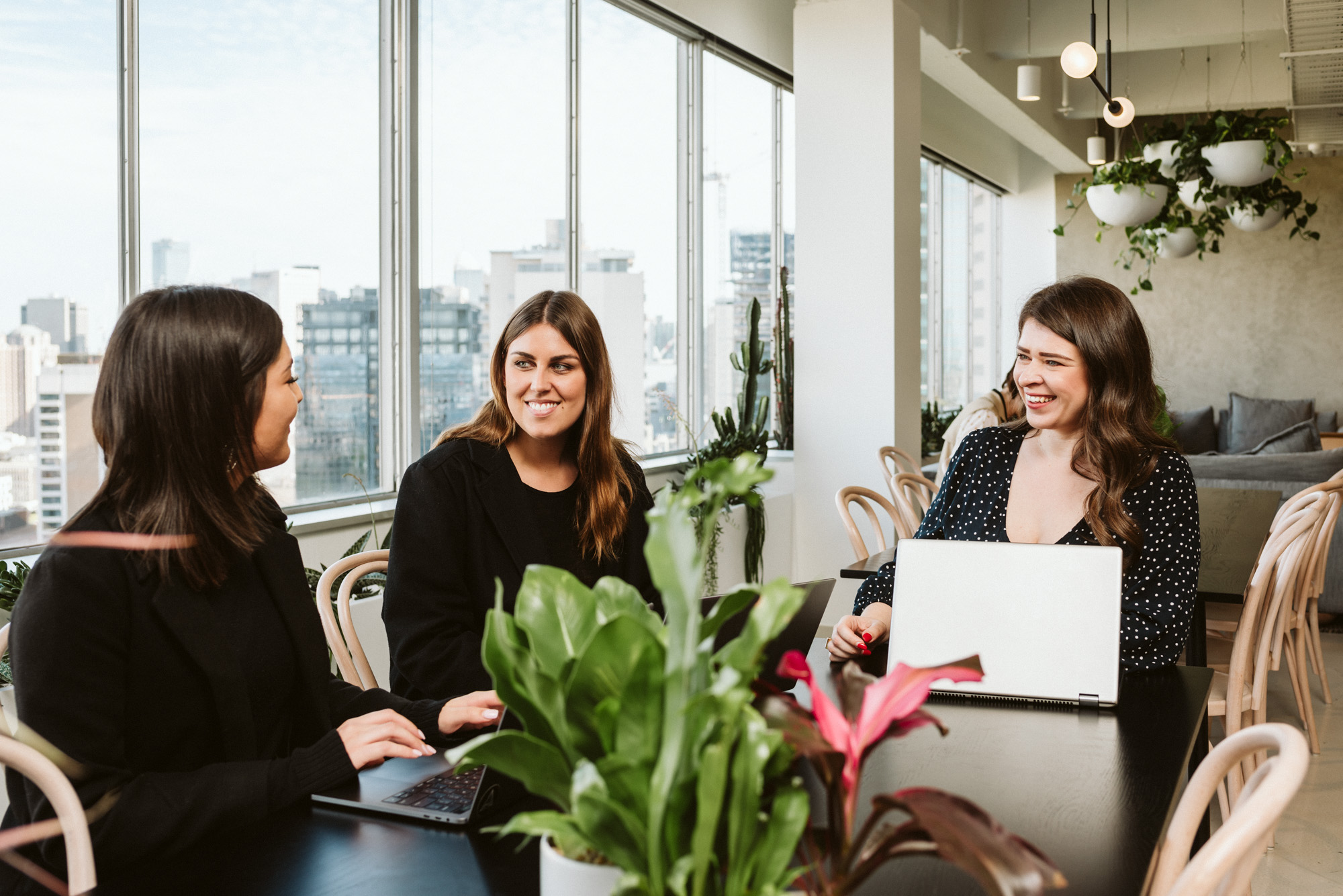 When I first began Ruby Assembly, I did so chiefly because I understood that I needed to be self-employed to live fully. After a nasty closing stint in real estate replete with macho goal-setting activities where I was encouraged to write down my BHAGs (aka big, hairy audacious goals) before being castigated for not having a big enough goal – I realised that what I wanted most was freedom. Certainly, freedom from shiny-suited dickheads who wanted to dictate what I should have an appetite for – like bigger cars or weightier group certificates. But more importantly, the freedom to consistently be myself and to be handsomely paid for being so was what I craved. In my time as an agent, it wasn’t my agent-ness that people responded to; it was my Iolanthe-ness that they connected with. It was all the eccentricities and interests I naturally contain that helped them to forge a trusting relationship with me. So, I figured that I would be most integrated if I were able to live my days as authentically myself, with little divide between my personal self and my business self.

Being an employee simply isn’t for me. It’s not that I’m a poor team player, or that I’m difficult to work with as a colleague. It’s more that I dislike mediocrity and feeling ham-strung by unwieldy bureaucracies. I also value flexibility and freedom of expression – both physical and mental – which can be difficult to find in another’s employ. It’s fair to describe me as idiosyncratic in some ways. All up; I’m an incredible person to work alongside and collaborate with. I’m probably less great at managing down to, attempting to impose arbitrary budgetary goals upon or going Pygmalion on.

Don’t mistake my enthusiasm for entrepreneurship as naivety about a universal capacity for risk and ardour for capitalism; after having been self-employed for 11 years, I know how difficult and relentless working for yourself can be. How tricky it can be to set boundaries, and how easy it is to become obsessed and anxious about clients, projects and wanting to achieve more, faster. And yet despite this knowledge, I still feel that all things considered – running your own show is the closest thing to freedom one can achieve. 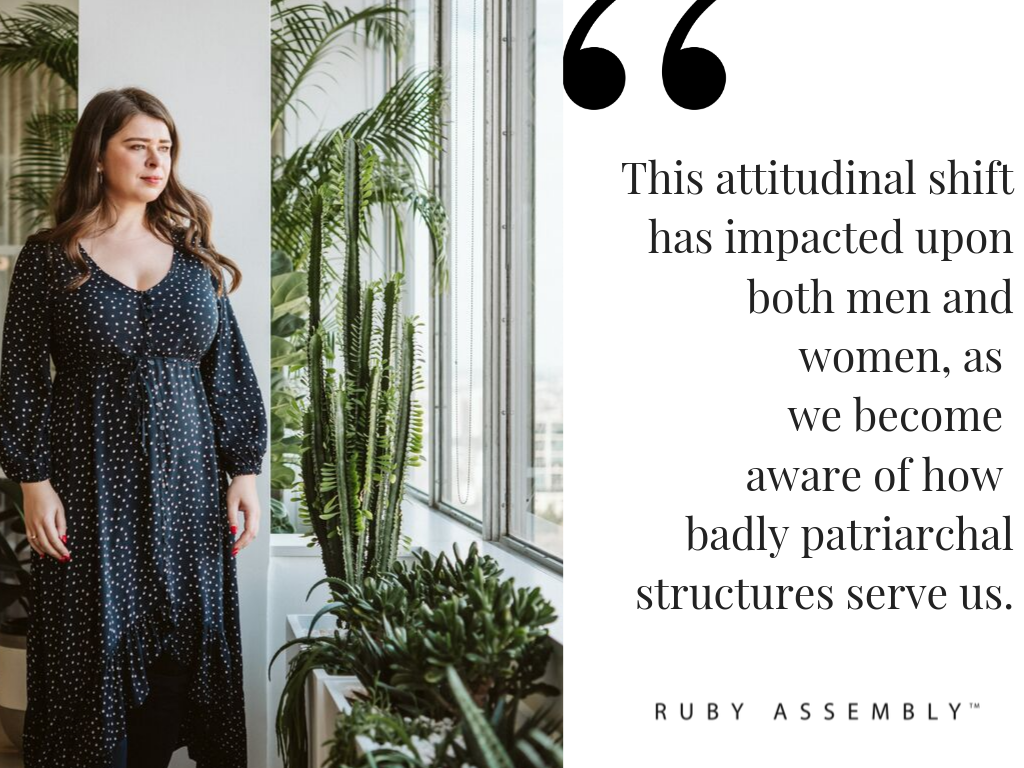 In comparison with their younger hustle-culture #GirlBoss cohorts, I’ve observed first-wave feminists are more focused on being accepted into patriarchal business structures. I do understand that in order to change a structure you wish to maintain, you will need to subvert it from within; corporations, governments, the Melbourne Club. This aim is a worthy one. Because of this aim, some first generation feminists seem more likely to unconsciously (or consciously) mimic Baby Boomer blokey business behaviours, from managerial methodology through to ‘serious business’ presentation and language.

I attended a networking session recently where a business owner told me how long it took for her to get dressed in the morning; she insisted that she had to straighten her curly hair and put on a shirt and suit in order to be taken seriously by men. That she really wished she could dress like me (read: feminine), but that we lived in a world where women couldn’t win business or demand respect if they looked as I did. Reader, you can imagine how I felt about this assertion. Let me say that this lady was very lovely and earnest – she had no context around me and did not know that I am a successful business owner with many, many male clients who respect my ideas (without my needing to wear a suit or straighten my hair). Sadly, many other female guests (mostly Baby Boomers) at this event nodded in agreement, expressing their frustration that women should be able to dress however they liked and enjoy respect for their ideas – but the reality was they simply couldn’t. “After all, you know how men are – they’ll be nice to your face, but the things they’ll say about you afterwards…”

I am disinterested in being like a man to gain acceptance, or in jumping over hoops of compliance to join a club or participate in a structure that doesn’t want me. I command respect in all quadrants of my life – the personal and professional – whilst choosing to present in a hyper-feminised manner. Misogynists  – with whom I do not work or socialise – will express disdain and respect for women regardless of what they are wearing. Straightening our hair or wearing a suit is no protection to against chauvinism. An attitudinal shift is underway – the legacy of which began with first generation feminists to whom I owe a huge debt. This gradual shift has impacted upon both men and women, as both genders become aware of how badly patriarchal structures serve them. Many female entrepreneurs – like myself – have decided not to bother with aping men or looking to patriarchal structures for acceptance. Like me, they are choosing to build their own business worlds. I understand a woman’s decision to become self-employed or to become an employer as feminist world building that looks at the patriarchal structures and flips ’em the bird. I am hugely proud of the working environment I have developed for myself and my colleagues, where we are earnestly ourselves (in presentation and other facets of our personality), we enjoy terrific flexibility (Got your period? Had a bit of an aggressive face peel? Need to take your cat to the vet or Skype with your Mum? Sure thing – work from home) and care not for shaping ourselves to fit into the shape of appropriately non-threatening women. 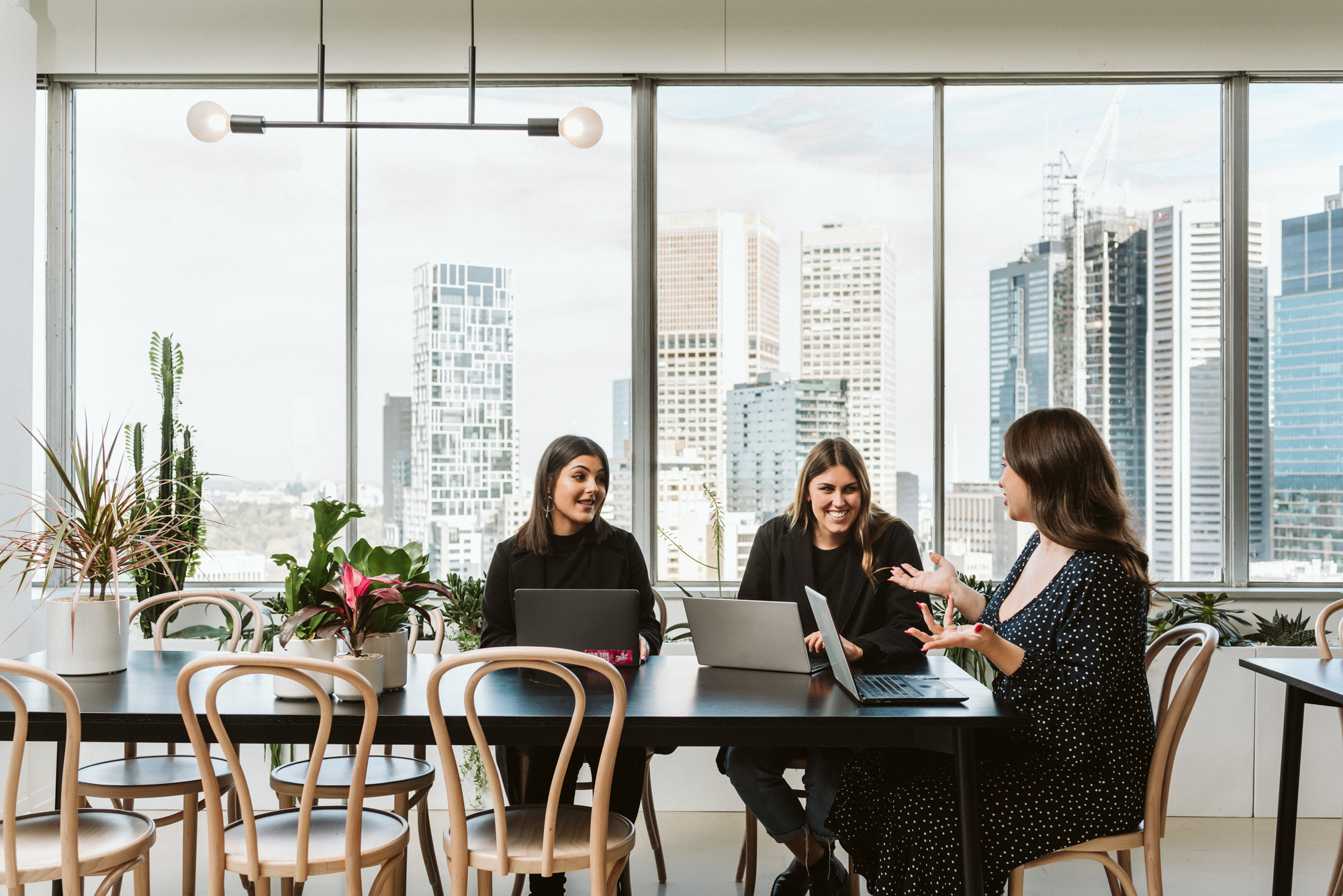 Success in popular culture looks a certain way. It looks like fancy flower-filled warehouse offices, YSL bags and regular trips to St Moritz. It looks like angel investors, being on Top 30 Under 30 Rich Lists and invitations to the Birdcage at Melbourne Cup Week. For many, what they choose to consume is laced to their identity; so success in their business means the freedom to consume lavishly. Ambition is a personal matter, however. Freedom of choice to you may look like wearing furs and snowbunnying down a mountainside, it might be about dripping in diamonds and sending your kids to private school. (No hate, btw – at least one of these freedoms is a personal favourite of mine.) Equally, freedom to you may look like working two days a week, buying armfuls of flowers and bags of books from Readings, and putting your phone on ‘Do Not Disturb’ for large swathes of time while you listen to Marvin Gaye. Not all freedoms demand the same tithe. All I know is that I want the freedom to choose my ambitions – however humble or extravagant they might be – and part of my personal ambition is the freedom to live a life dictated by my interests and passions. I’m prepared to pay a high price in emotional and financial risk for this reward of self-actualisation.

Now then; the purpose of this article isn’t to make those who are not self-employed feel less than. Being self-employed isn’t appropriate for everyone, for a variety of entirely legitimate reasons. You might instead have a side-hustle that brings in extra spending money. You may have an excellent creative hobby that brings you great joy. You may be the guardian of a fine garden, a multi-armed genealogy project, a rosy-cheeked babe or an elderly person, and your freedom is having the psychological and physical time to care for these people or hobbies. It’s your being able to choose – freely – that is at the core of the radical feminist act here.

Go to the project of your life with a rebel yell.