My colleague Georgia shook her head and pressed her lips together.

“That sort of thing… well, that’s the opposite of feminism. That’s all the worst things women can do to one another.”

A week or so ago, I sent a newsletter to my database promoting an upcoming Social Media for Estate Agents workshop. So far, so normal. The newsletter detailed what participants could expect in terms of learning, and it featured the hero image of me above – a picture I have great affection for, taken recently on the steps of Parliament House by Breeana Dunbar. This image is intensely me; it’s powerful, feminine and intelligent. I usually receive very positive feedback about images I curate of myself, and so I was surprised when I received an email from a recipient of the newsletter just minutes after sending it.

The female respondent felt compelled to share her opinion of me, writing of the image:

“That photo is disgusting and which agent walks around in a red velvet dress for inspections???????? This is sleazy advertising.”

Bemused and not a little surprised to receive such a message – particularly from a woman – I shared her feedback with my team. They apologised on the woman’s behalf, and checked in to see if I was OK. I was, but I began to reflect a little on the vitriol expressed by the agent. About 20 minutes later, I received another email from the same respondent who had more to share about my image and my character. She said:

“I have shown this photo to my staff and they are all horrified. This is the lowest form of advertising that I have seen for a long time. Seriously you are hoping to attract vulgar likeminded men. The credibility of this function is questionable and to charge 150 for this event one wonders what you are really selling.”

In two brief, mad emails this stranger had called me sleazy, told me that my image was horrifying and embarrassing, and that by using my image I (an apparently vulgar woman) was aiming to do nothing but attract vulgar men with my offensive physicality. This stranger then went on to suggest that $150 for a workshop was an exceptional cost, and inferred that I was probably engaging in sex work. Of course, this is one big-assed Pandora’s box of crazy which is best ignored. But it is also a curious interaction that deserves some unpacking, for when I shared this feedback about my person with my community I received an outpouring of support which interrogated some of the motivations behind my poison pen-friend’s revulsion. Here are some of the thoughts that developed in the wake of my trolling.

By any measure, it’s clear to see that the respondent to my newsletter was having a pretty intense day. We never know what’s going on in another person’s life – this doesn’t excuse her violent behavior, but it goes some way to potentially explaining it. The author was clearly very triggered by my image. She had opened the newsletter over 25 times in the space of half an hour, with the open count continuing to rise as she either obsessed over it, or shared it with her poor long-suffering team.

Whilst I’ll never know what was so triggering about my image for this person, it is clear that something big was going on for her. Being triggered can be a subconscious experience, or it can one that lies closer to the surface. I’ll warrant that my penpal’s response was a subconscious one, given its fury and righteousness. We all experience uncomfortable feelings and responses to the world, and the onus is on us to try and examine why these intense feelings are being raised. We can’t just dump our unprocessed junk on other people. The internet and social media can give us the incorrect impression that it’s OK to behave in an atavistic manner to others. It’s not OK to bully or belittle others, regardless of the forum – virtual or real world.

I am the blessed recipient of particularly banging body. At the very least, it’s banging to me – and that’s the most important thing. I have curving seismic planes and slopes, I am tall and I am strong, I am natural and I am soft. Bodies like mine are not regularly portrayed in the media, and if they are, they’re positioned in one of two ways: highly sexualised and bordering on the fetish-y or as inclusivity pity-pieces. Happily, I note that this is slowly changing as greater diversity makes its way into our news and marketing material – diversity of body type, ability/disability, gender, sexuality and race.

The point I want to make is: we understand body types as narratives. It is written on the body, and our reading of physicality is cultured. We often understand slender, fit-seeming bodies as signs of control, restraint and measured behavior. One may be proud to have and display such a body, and it is socially acceptable to desire such a physique. These bodies are more often associated with wealth and aspiration. Round, plump or fat bodies are often read as indulgent, uncontrolled or impulsive. It can run counter-culture to display or be proud of a big body, which is routinely positioned as unhealthy or being a ‘work in progress’. Fatness is socially associated with poverty and irresponsibility. Bodies of difference are unfairly, rarely examined beyond the tropes of inspiration for able-bods. Disabled bodies or different physiques are routinely either unseen or ignored due to fear or an inability to look.

All bodies are unique containers. While we may have our own response to others’ bodies, it’s important to realise that we’ve been taught to read the body as surely as any other text. The body is political. My angry respondent identified my physical being as vulgar, inherently sexualised and horrifying. She was so worried by it that she was compelled to share her thoughts with me, and to vox pop her staff to see if they were also horrified. Reader, her interpretation didn’t appear from the ether. 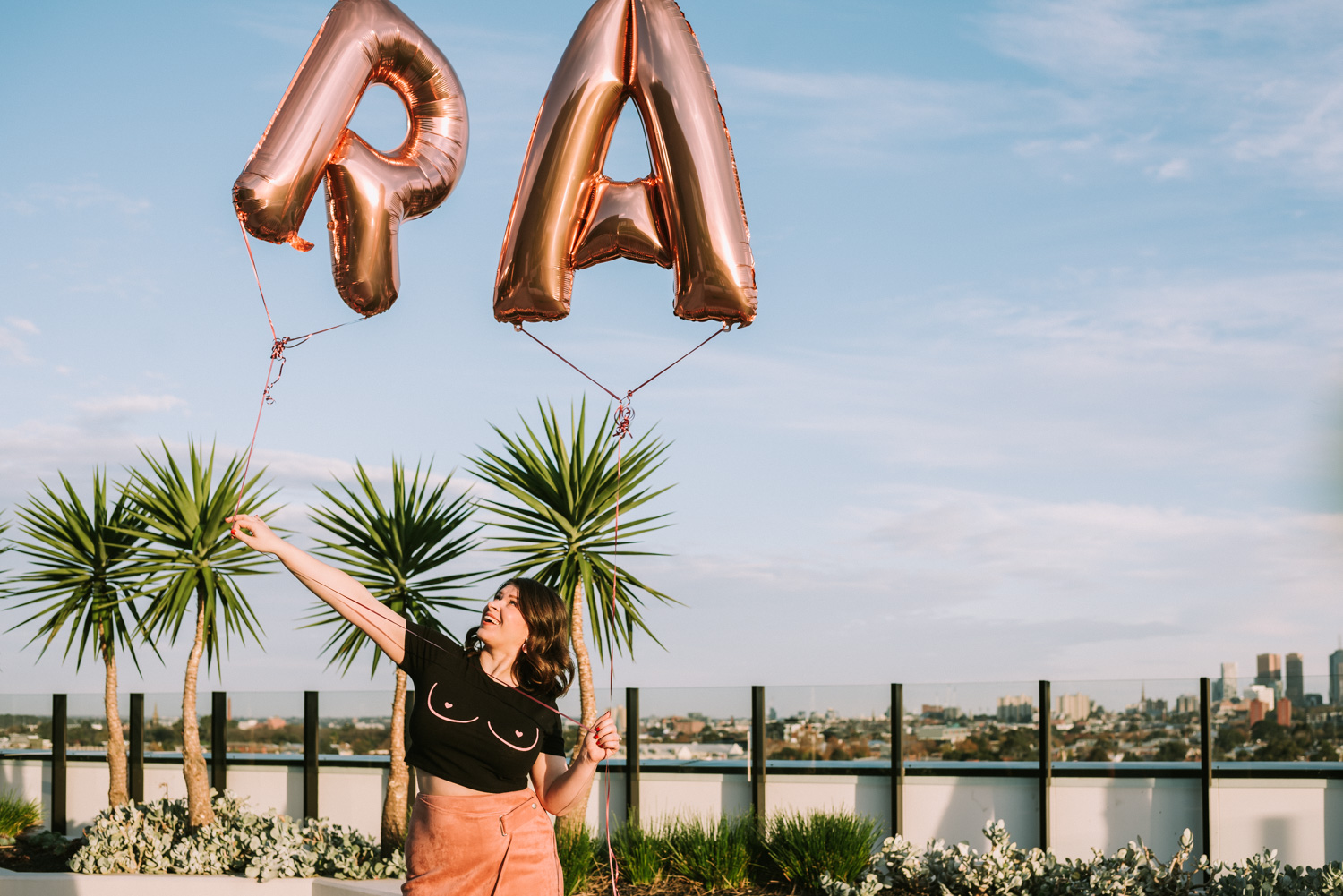 I have chosen not to identify the author of these two offensive emails. I have also not deigned to respond personally to either missive. Such direct emails are a form of trolling and bullying best not replied to. This is the second time in a long, public career that I have been exposed to bullying – which is pretty good odds, all things considered. I tend not to want to feed the trolls with a response to their ire, and will wait ’til the storm passes (which is usually an inevitability). Trolling and online bullying is impactful; the first time I experienced a public pile-on, I was physically sickened, sweaty and my anxiety was off the scale. I used to think that ignoring trolling would be an easy task, until I experienced it first-hand. It’s a form of public shaming, which is very powerful and can be frightening. ‘Cancel culture’ also has the potential to destroy careers and livelihoods. So think carefully next time you RT a cruel-yet-amusing jibe that has the tang of bullying about it.

The Opposite of Feminism

As Georgia identified, these communications – from a woman, to a woman – are the opposite of feminism. The author of these emails judged me based on my physical self. She interpreted my marketing as inherently sexual, because I made no attempt to hide my round body. She suggested that – rather than being a senior specialist in my category – I was a hack that may have been selling sex rather than running a legitimate workshop. She told me she and her whole team were horrified by my sleaze, attempting to shame me.

In closing, I say:

Lady, keep your opinions about my body to yourself. And cop an eyeful of this queenly power, you unutterable bigot.