After attending a great International Women’s Day 2018 luncheon, I got to thinking about the inspiring women in my life. Some of them I know, some of them I stalk (just a little) on Instagram, some I listen to on Podcasts or read over a leisurely hot cross bun, and others I am related to. Here they are in no particular order: women to watch, one and all. Happy #IWD2018, and #PressForProgress in whatever way you see fit.

Elizabeth Gersakis. Artist, curator, my Mother. Her new show ‘Outrage, Obscenity and Madness’ is now on at the Geelong Art Gallery. A prolific artist and writer, Gertsakis has consistently contributed to the Australian arts community for decades. Also: did a fine job raising me.

Hilary Mantel. Writer of exceptional historical fiction including some of my favourite Tudor novels Wolf Hall and Bring Up the Bodies. She is also a fine essayist, most notably remarking on the 20th anniversary of Princess Diana in her piece for The Guardian The Princess Myth. Mantel works a voodoo on her historical subjects, weaving ‘factional’ stories with a distinct ring of truth and an odd ventriloquist quality.

Annabel Crabb. Political journalist, podcaster, voracious reader and baking enthusiast. Annabel is an unrelenting journalist who has staked her claim in a world crowded with male voices, whose popular ABC show Kitchen Cabinet showcases her personality, her lack of squirm when asking difficult questions of politicians, and her unique style. Often, women in business feel compelled to make themselves more mannish in order to be taken seriously. Not Annabel though: whatever she is wearing, she is to be taken seriously by her audience. Orright? I’m also a big fan of Leigh Sales and Crabb’s podcast Chats 10 Looks 3.
Tess Holliday. Fat, political and gorgeous, Holliday is an American plus-sized model who’s at the forefront of a discussion about body diversity, self-love and desire. Her hashtag #EffYourBeautyStandards has empowered hordes of her fans to love exactly who they are right this very moment.

Philippa Gregory. English historical novelist whom I pooh-poohed for far too long. Gregory writes historical fiction you’ll find for a tenner at KMart, but don’t let that fool you into thinking her writing is disposable. Her Wideacre series are a tongue-in-cheek, audacious reimagining of the modern novel that are feminist to the core. All her works focus on women and their concerns, which are universal: her heroines are wonderful to spend time with. 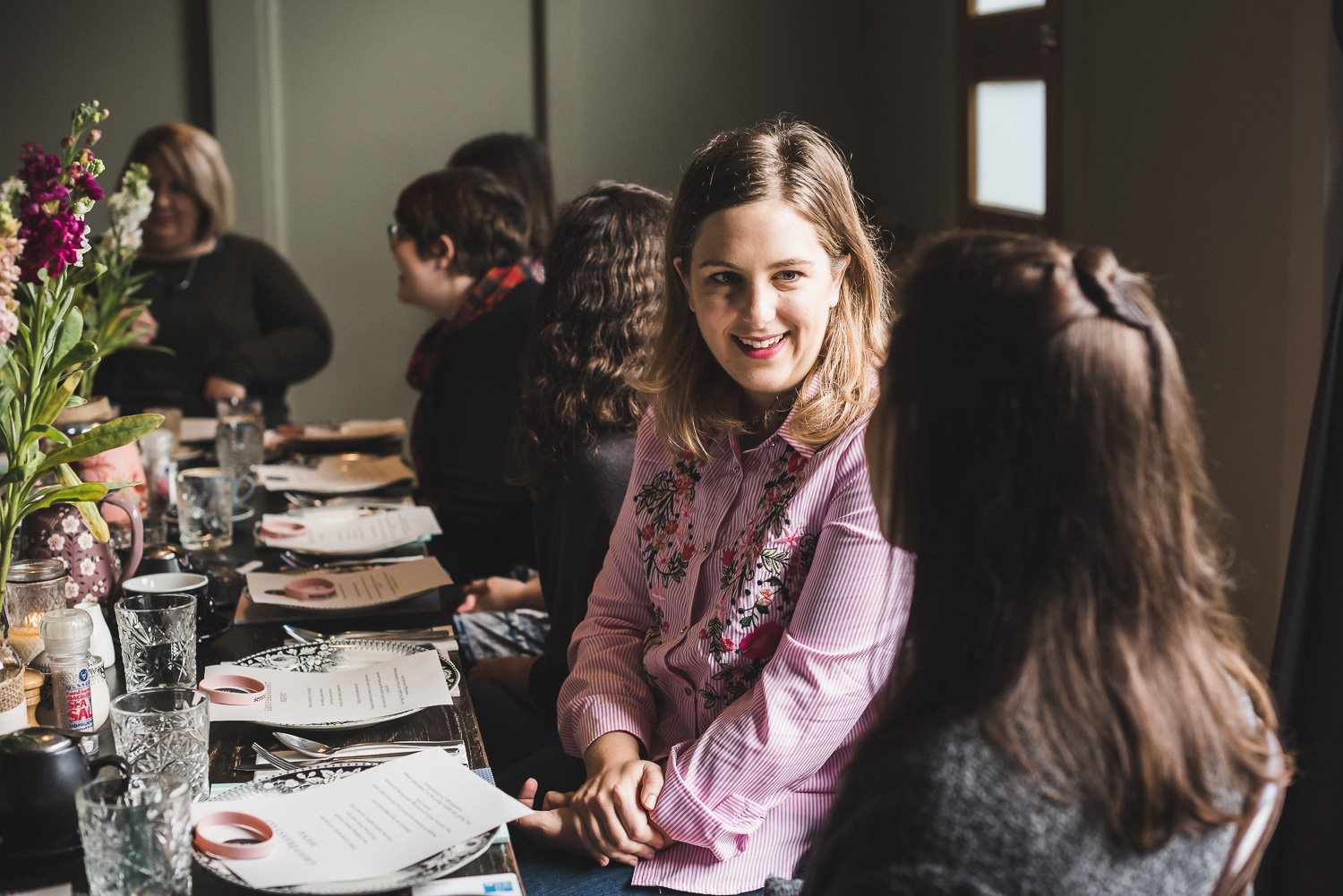 Karen Kilgariff and Georgia Hardstark. This comedic duo are the brainstrust behind the phenomenal My Favourite Murder comedy podcast. Don’t be put off by the creepy title: MFM is on face value a podcast which recounts historical murders in some detail. But more importantly, it’s also a vehicle for the two women to discuss mental health, violence against women, friendship, family relationships, adventure, heroism, self-care and why you should always stay out of the forest. I saw them live in Melbourne at the Comedy Theatre, and they were a feminist powerhouse to reckon with. Plus: funny.

Charlene from Married At First Sight. Even if you haven’t fallen prey to this eminently watchable trashy reality TV show, you just gotta love an assertive, gives-no-fucks, takes-no-prisoners voice who calls out bullshit from blokey chauvinists when she sees it. Ya just gotta. Plus, megawatt smile and righteous anger=  tick, tick, tick.

Sarah Lancashire. British actress who did her hard yards on Coronation Street, before developing into a character actor of weigh in wonderful productions including Last Tango In Halifax, Happy Valley and The Paradise. A mature performer with amazing diversity, she can go from a hard-boiled Yorkshire cop taking care of business to a 19th century spinster without blinking an eye.

Gillian Anderson. It takes a big personality to break out of an iconic role, which is exactly what Anderson did by successfully outgrowing Agent Scully. Another actor who tackles uncompromising, gender-flipping roles, Anderson shone in thriller The Fall as DSI Stella Gibson, and on stage as Blanche DuBois in A Streetcar Named Desire. She’s also written a book called WE: A Manifesto for Women Everywhere. Right on.

The women of Serious Women’s Business: Northside. A powerful group of female entrepreneurs from Melbourne’s north who are are ready for bizness. That means tough conversations, sharing knowledge and networks, making money and delivering great results for our clients. Notable members include holistic business leader Elle Steele, Breeana Dunbar photographer, Rebecca Mutch of The CoWork Co, Laura Vickers of Nest Legal, Ange Hammond of Resonant Imagery and Jacqueline Baulch of Inner Melbourne Clinical Psychology. Are you a businesswoman from Melbourne’s north? Join our number here. 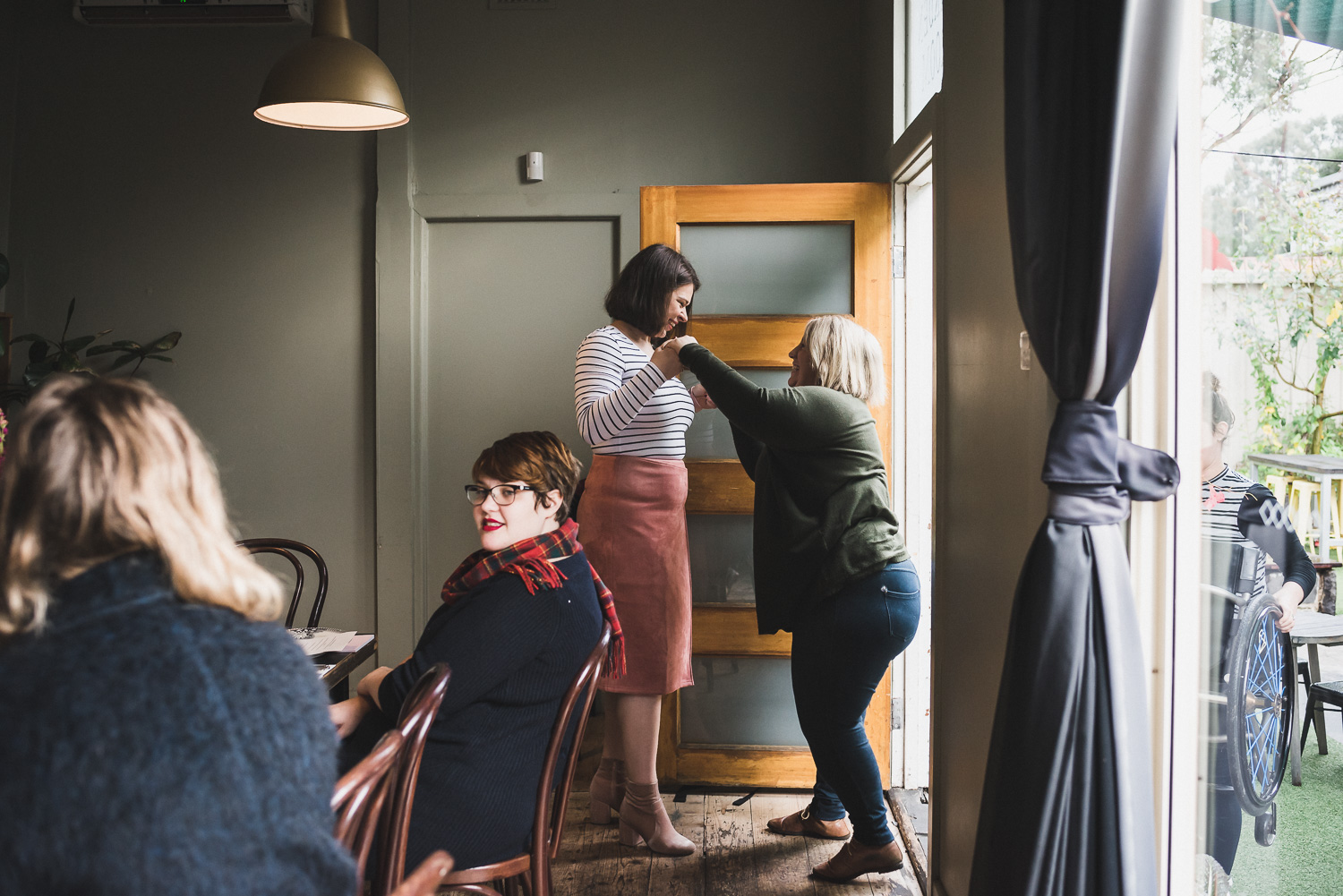