Einstein is coming to Melbourne. I know that Ruby Assembly readers will be excited at the prospect of this curly-haired zany icon coming to town, because they’re a natty crew of interesting and interested types who like ideas.  Imagine if Einstein were at this moment having a coffee with you at De Clieu in Fitzroy or Pearl Oyster in Thornbury. “Vhere exhactly should I go vhile I’m here?” he’d ask as he stirred more sugar into his black coffee. Today’s blog brainstorms what Einstein’s newsfeed of ‘check-ins’ would look like should he come to visit in the future. *relativity and all that…. you simply never know*

To celebrate the Arts Centre Melbourne’s Winter Season and the extraordinary production of Einstein on the Beach shortly coming to our fair city, we present an array of Einstein’s adventures around town. You can even catch up with him at the Arts Centre during the anniversary production of Philip Glass and Robert Wilson’s masterful opera production Einstein on the Beach, an odyssey lasting over four hours with extravagant staging and the dreamy time you need to think big …. just like Einstein.

ps…. a movement from Einstein on the Beach was part of Louis Vuitton’s S/S13 show at Paris Fashion Week, geeks. 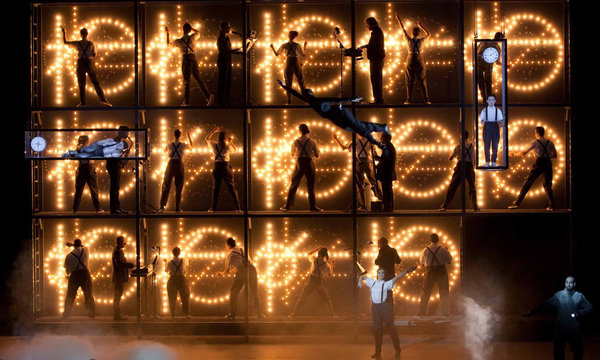 First performed in 1976, Einstein on the Beach is an opera in four acts composed by Philip Glass. It is the first work of a triptych of operas by Glass focused on people whose vision transformed the thinking of their age through ideas rather than military force.  To find out more about Einstein on the Beach at the Arts Centre, click here. I am so excited to see this masterpiece – the scale and complexity of this dreamy opera is something I will surely be inspired by in years to come.